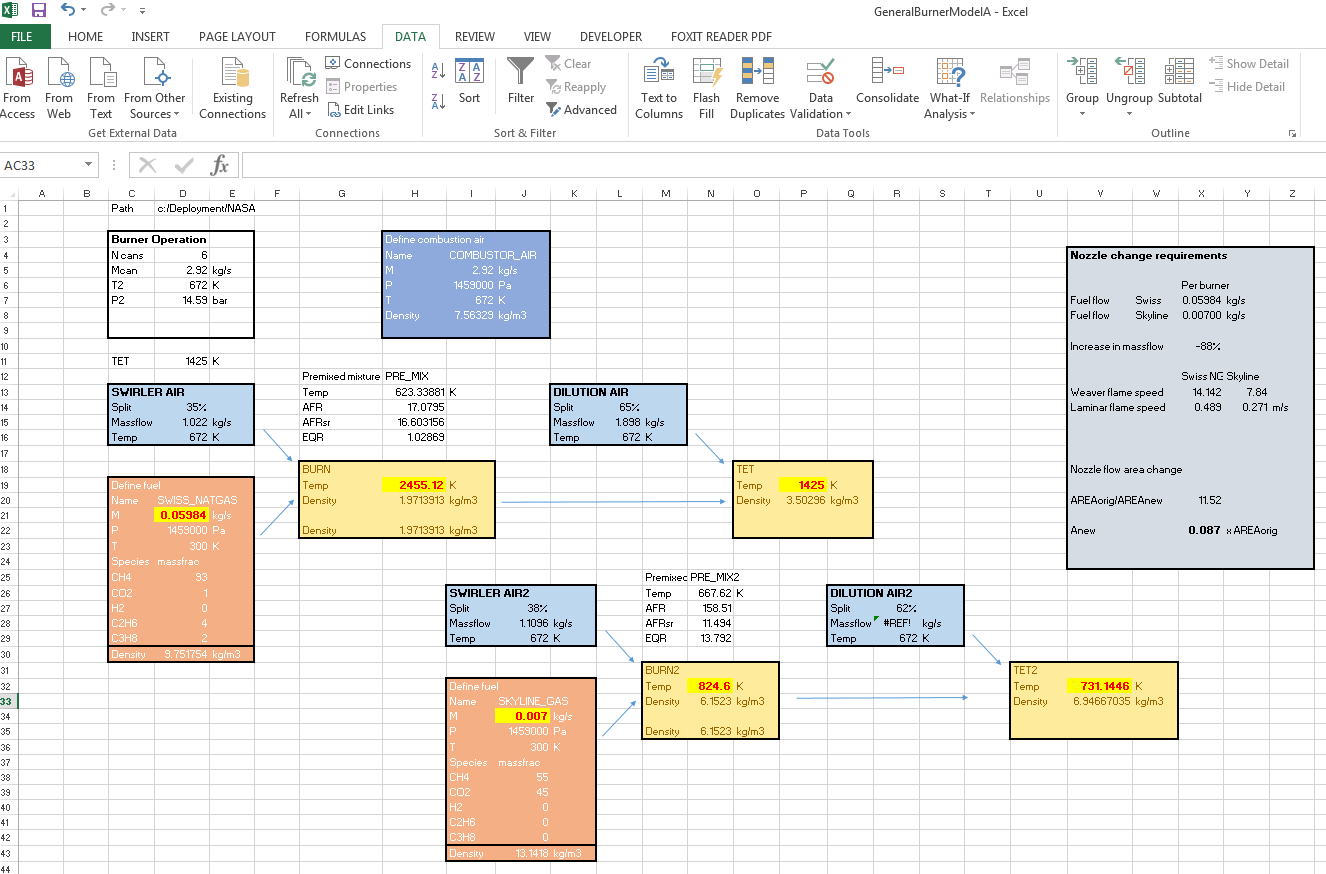 1D calculations for a combustion system are based on a zonal fluid mixing idea. Each flow feature is defined and then mixed together to determine the resultant mixture temperature and composition. Usually this is based on an enthalpy balance between the inflow fluids and the resulting mixed fluid. These models can be of various levels of complexity and can include coupled heat transfer and gas turbine performance calculations.

Where these models can be used

The use of these 1D models comes into their own when in the preliminary phase of a concept and where alternative fuel use is considered. The latter is particularly important in retrofitting alternative fuels to an existing machine. Various calculations done this way can help to quickly identify what scope of changes are needed to auxiliary systems such as the fuel pumps and filters etc.

The use of bespoke VBA code

To help with these kinds of calculations Burntastic has developed bespoke VBA code blocks that allow for the quick and easy definition of fluid flows and then mix them. These routines have been written from the ground up in 2010. The use of Microsoft Excel has enabled the easy plotting of results using the other built in excel routines.

The use of Microsoft excel VBA scripting does give rise to problems when linking the VBA into the spreadsheet. The structure of the code is difficult to run multiple 1D scenarios. For this reason, the code base has been rewritten into Gnumeric. Gnumeric is an open source spreadsheet that is most readily used on the GNU/Linux platform. This code is all C based and allows for very high speed calculations. 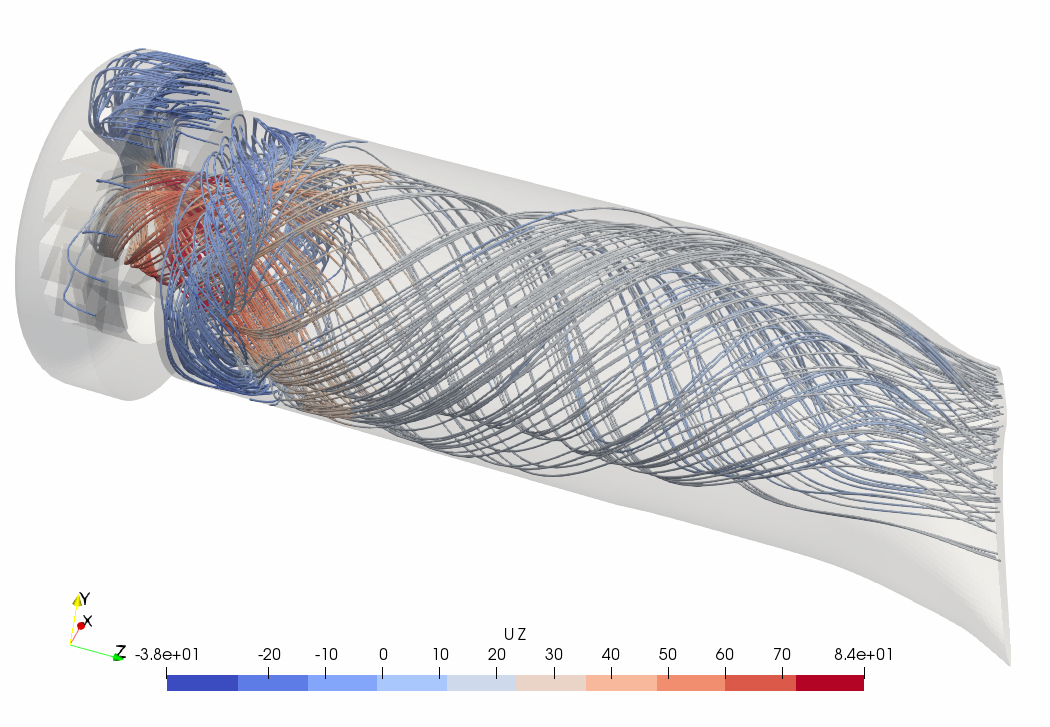 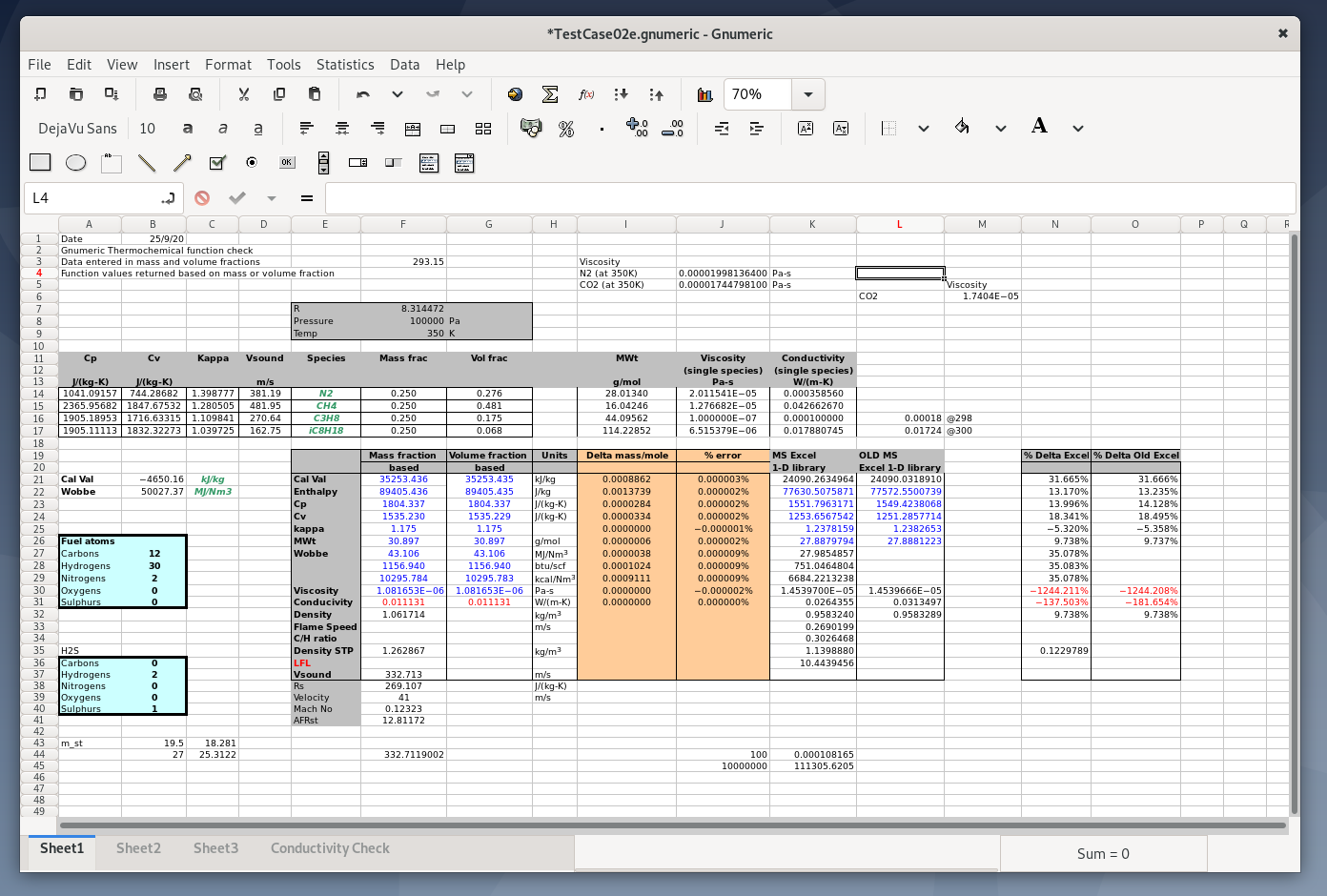